Cybercrime’s evolution and how to lead your business through it

How bad can a cyberattack be? This question often comes up in conversations with companies still contemplating their strategy against online criminals. Despite years of escalating attacks, cybercrime still exists in the realm of the surreal and intangible. It’s hard to imagine a hacker breaching your system in the same way as robbers bursting through the doors of a bank. The latter is violent and visceral, the former distant and unconnected to us.

But the recent hack of Transnet’s port systems gives us an unambiguous indication of how dangerous a successful cyberattack is. On 22 July, criminals breached the systems that manage the Durban Port, effectively shutting down infrastructure that handles 60% of South Africa’s imports. It was so bad that Transnet declared a temporary Force Majeure – that it could not run operations. Everything ground to a literal halt.

In the US, a major pipeline was shut down for days after criminals breached the business systems of its parent company. Locally, operations at the Justice Department were severely disrupted by cyberattacks. I say ‘disrupted’, but it’s not strong enough. The Justice Department is still busy getting its systems back in order.

If a cyberattack can bring a major port or pipeline to its knees, it indicates how dangerous these breaches are. Some companies still argue that they are too unlikely a target, but that’s not the case. Cybercriminals are a motivated lot, always looking for the next opportunity.

For example, when companies started to become good at recovering from ransomware attacks, the criminals diversified into stealing data to extort their victims. To increase their profits and scale their operations, those groups created ransomware-as-a-service – effectively a franchise model offering access to their tools for less capable criminals and taking a cut of the ill-gotten gains.

An organised and adaptable enemy

You can find entire value chains in the cybercrime world. Some people make money just by finding ways to breach systems. Called initial access brokers, they sell that access to other criminals such as ransomware groups, who then infect systems and demand payment. Such transactions represent just one part of an industry that earns more than $1 trillion per annum.

Many attacks aren’t random. Criminals do their homework, looking for victims with access to sensitive data or systems. Sometimes the criminals are paid by others to steal information or sabotage systems. Your chances of being a cybercrime victim are much higher than you think. Few things are as traumatic to a company as to undo such an attack. Security providers are often called in only after an attack – and it’s always a scene of regret.

If you are a board member, a director or on the Exco, you must ask your IT leaders what they need in place for security, and you must work with them to make it happen. Good security isn’t bought off a shelf. It’s a complex and ongoing system and culture, like servicing your vehicles or balancing your books. Every bit of complacency is an opportunity for motivated criminals looking for their next payday.

How can we fight back against the scourge of cybercrime? It’s a process that requires investment and vigilance. Even though the statistics focus on successful attacks, prevention works, and more companies can recover from such attacks.

The most effective way to build proper security is through managed security service providers or MSSPs. This type of security company builds security services that are modified for different customers, providing 24/7 monitoring. By pooling resources, MSSPs protect multiple customers while keeping costs lower through economies of scale. We also have more exposure to what is happening out in the digital wild west and can adapt to the latest cybercrime tactics. MSSPs are the most potent answer to cybercrime yet.

But it doesn’t mean you outsource your security and make it someone else’s problem. Security is and will always be an internal concern. To borrow one of my earlier comparisons, you might pay an accounting company to do your books, but you are still responsible for knowing what’s in them.

The same goes for security. Not only must companies be prepared to support their IT leaders around security strategy, but they should also invest in training their people. Staff are the last line of defence against cybercrime, and they are most likely to be targeted as well. By partnering with an MSSP, organisations can reduce technical security pressure and focus on security’s other requirements. By doing it alone, they end up with too many balls in the air.

Security has a reputation as a grudge purchase. For years, companies skirted this grudge by under-spending or reducing risk through insurance. But cybercrime can hit you hard – hard enough that an 8,000km pipeline had to shut down and a major port had to declare force majeure. Protecting yourself against cybercrime is crucial, and MSSP partnerships make it an affordable and manageable part of your business. 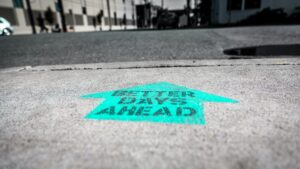 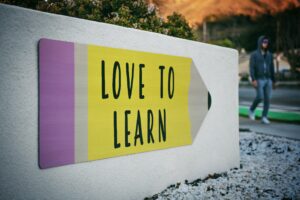